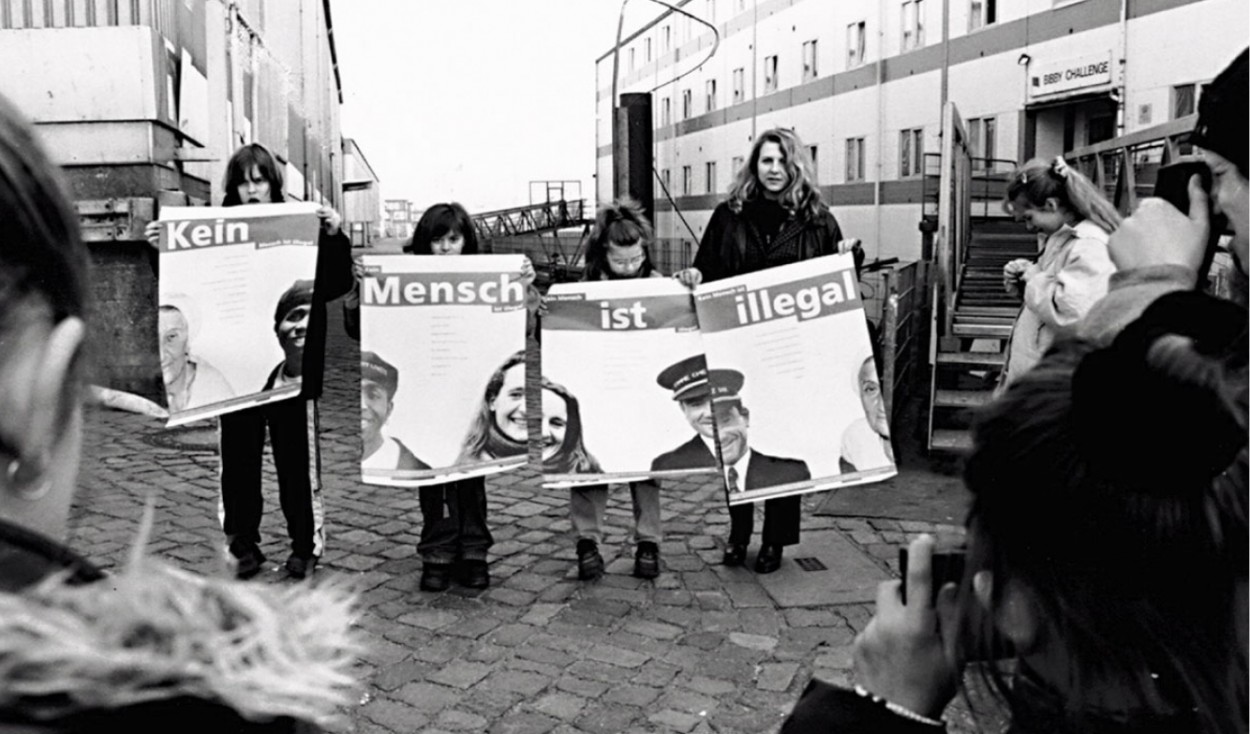 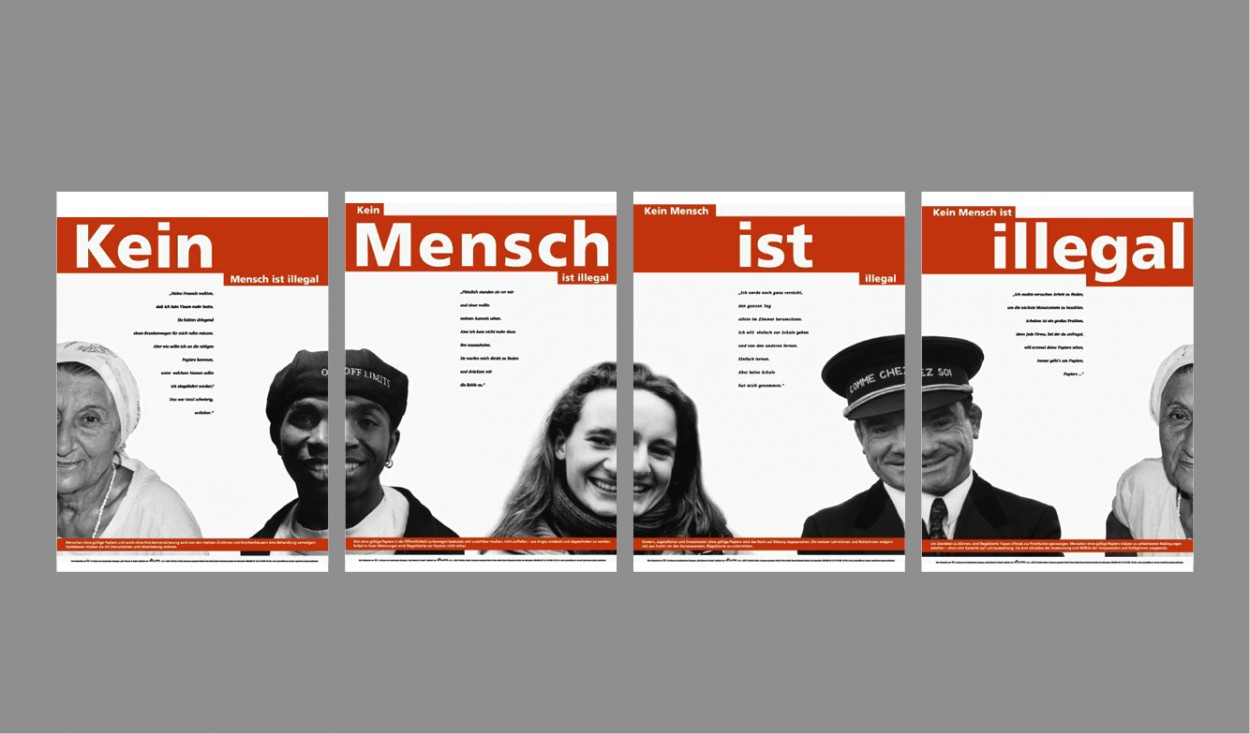 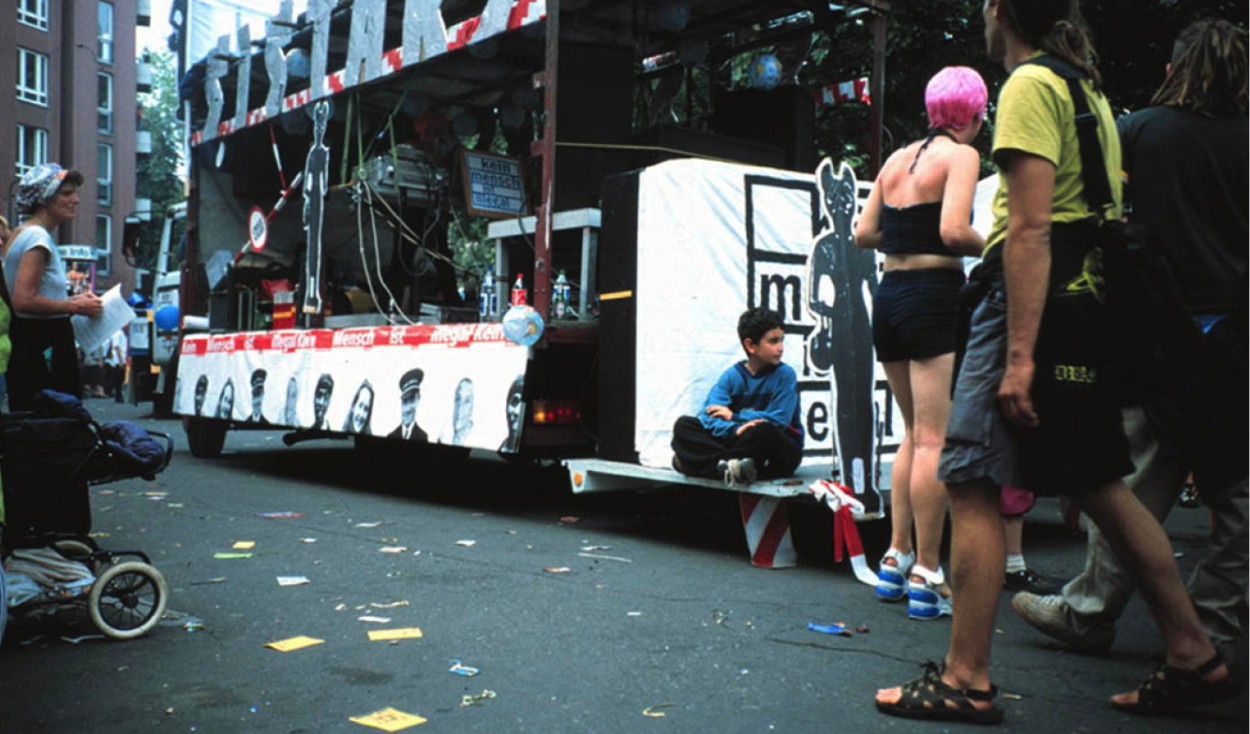 where: berlin and beyond

a poster series for the „no one is illegal“ campaign, which was founded in 1998 at the documenta X in kassel. „no one is illegal is a loosely connected international network of antiracist groups and religious asylum initiatives that represents non-resident immigrants who stay illegally and are at risk of deportation. the network has started a campaign and held rallies to bring wider attention to the situation of refugees. the campaign initially began in germany as no person is illegal (german: kein mensch ist illegal or kmi) and has spread to other countries, including canada.“ (wikipedia)