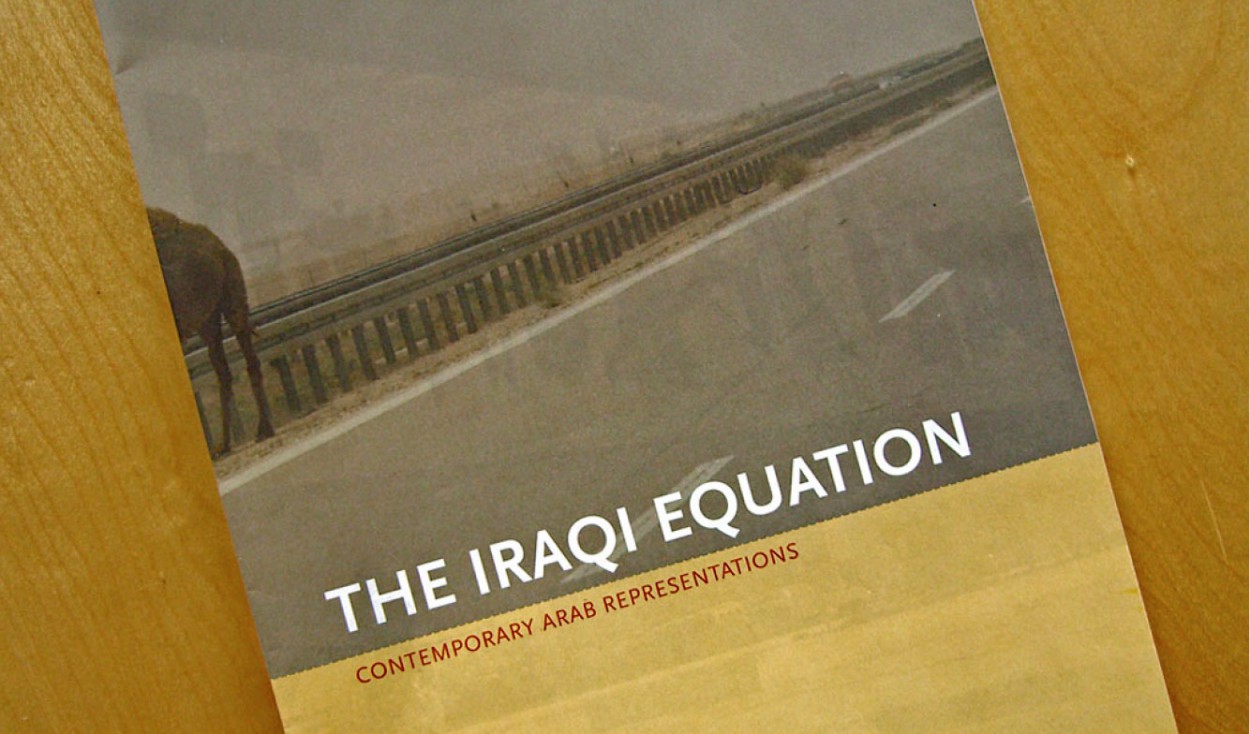 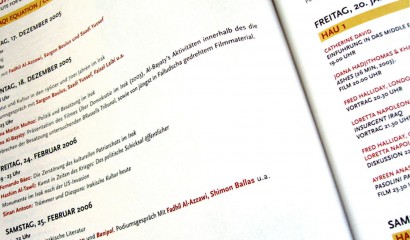 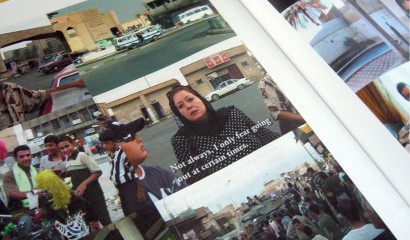 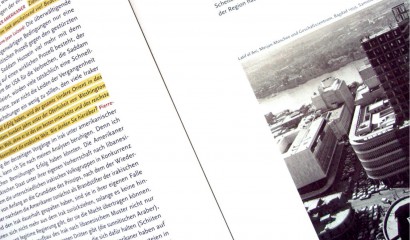 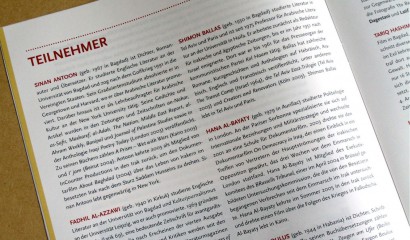 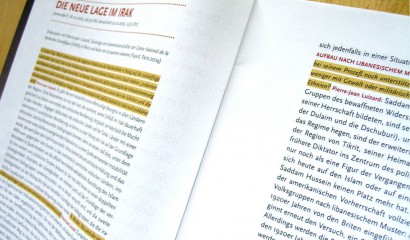 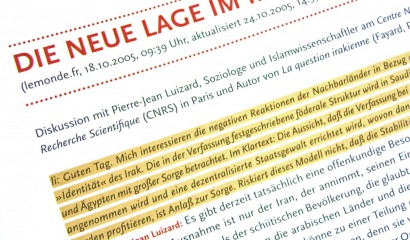 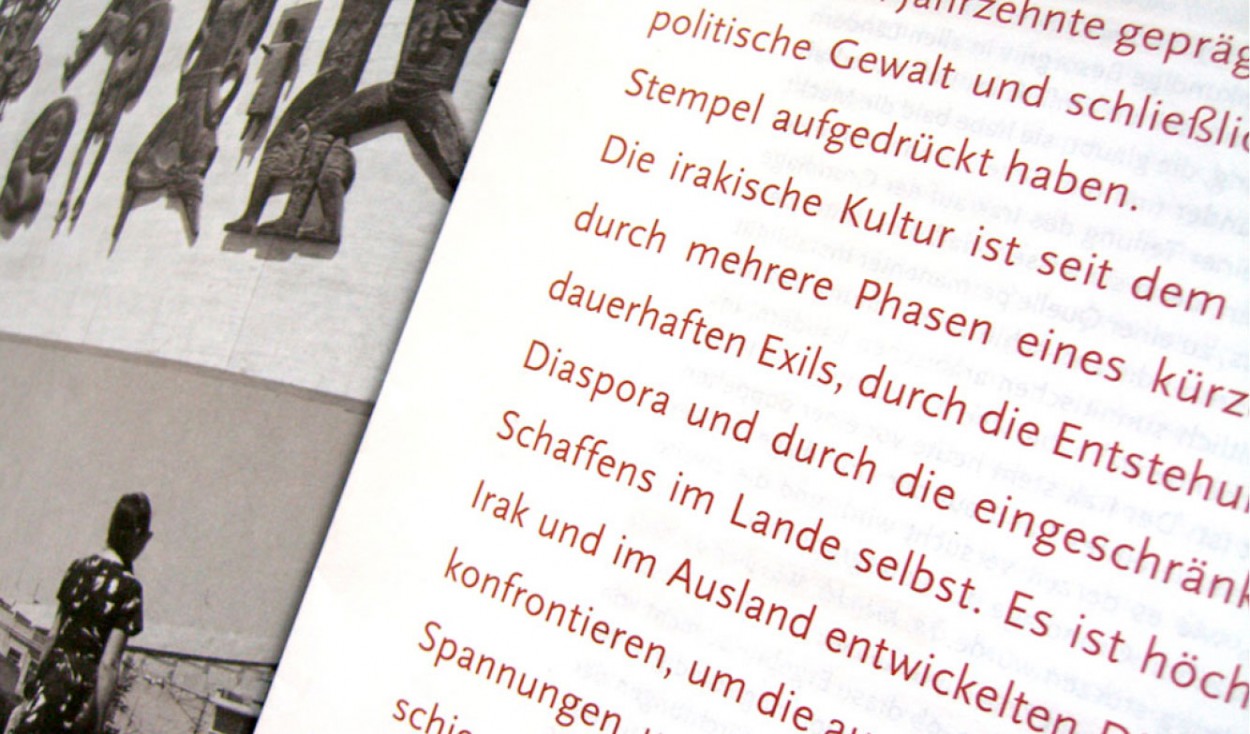 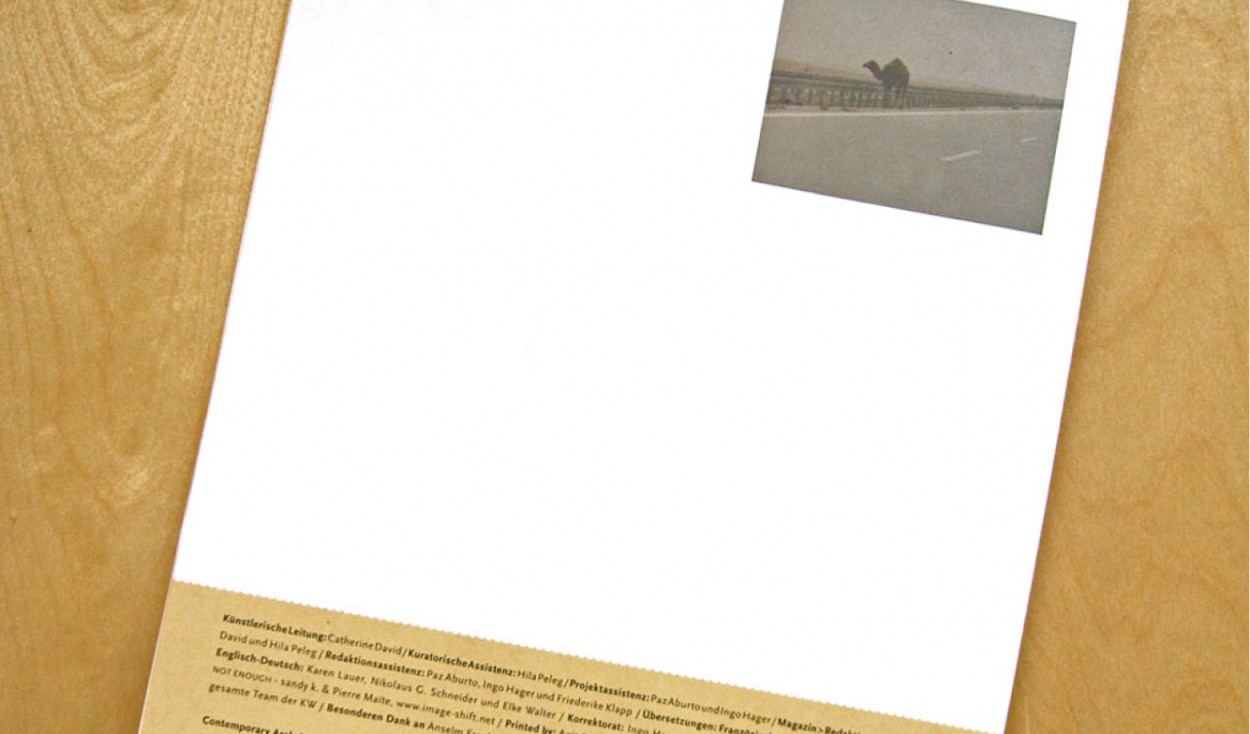 „contemporary arab representations. the iraqi equation“ – was a exhibition at the kunstwerke berlin (KW) curated by catherine david. notes by the exhibitors: „the images and news that have reached us since the gulf war, since the invasion and occupation of iraq, depict the extremely complex political, but also cultural and social situation of the country in extremely simplified form. but the dramatic situation the country is living through is no reason to ignore the creative achievements, ideas, and difficulties that have shaped iraqi culture in the past decades – a period upon which the revolution, political violence, and finally the consolidation of the dictatorship have left their stamp.since the end of the 1950s, iraqi culture has been characterized by several phases of short, long, or sometimes permanent exile, by the growth of a vast, worldwide diaspora, and by the constrained development of artistic creation in the country itself. it is high time to confront with each other the various discourses and positions that have developed differently in iraq and abroad, in order to map out the tensions and antagonisms resulting from this special situation. to this end, it seemed important to us to provide a forum for creative iraqis who worked and work in the country itself or in exile: writers and poets, filmmakers, photographers and artists, experts and political analysts, but also a few foreign iraq specialists, whose analyses contribute to a better understanding of the problems that led to the current situation“