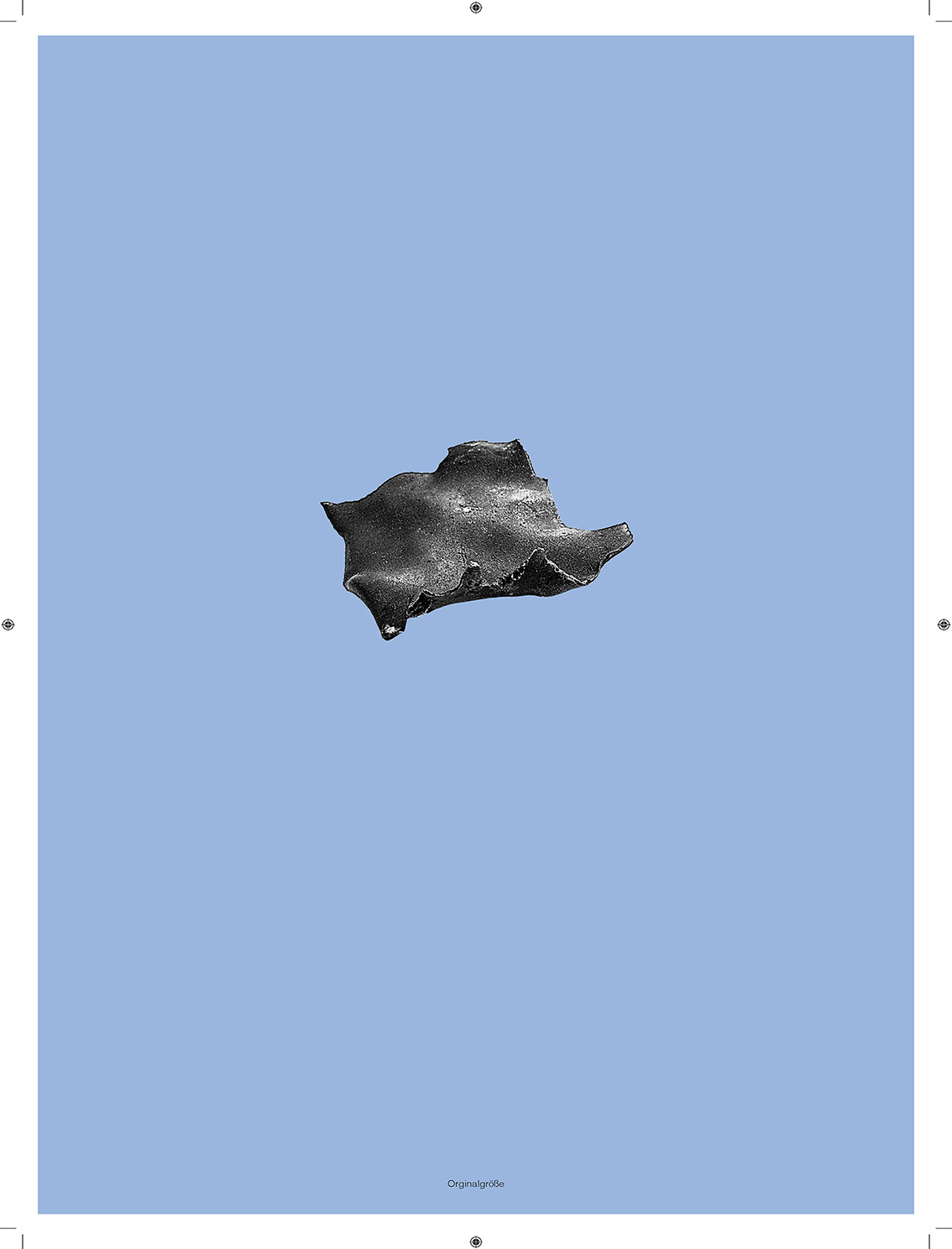 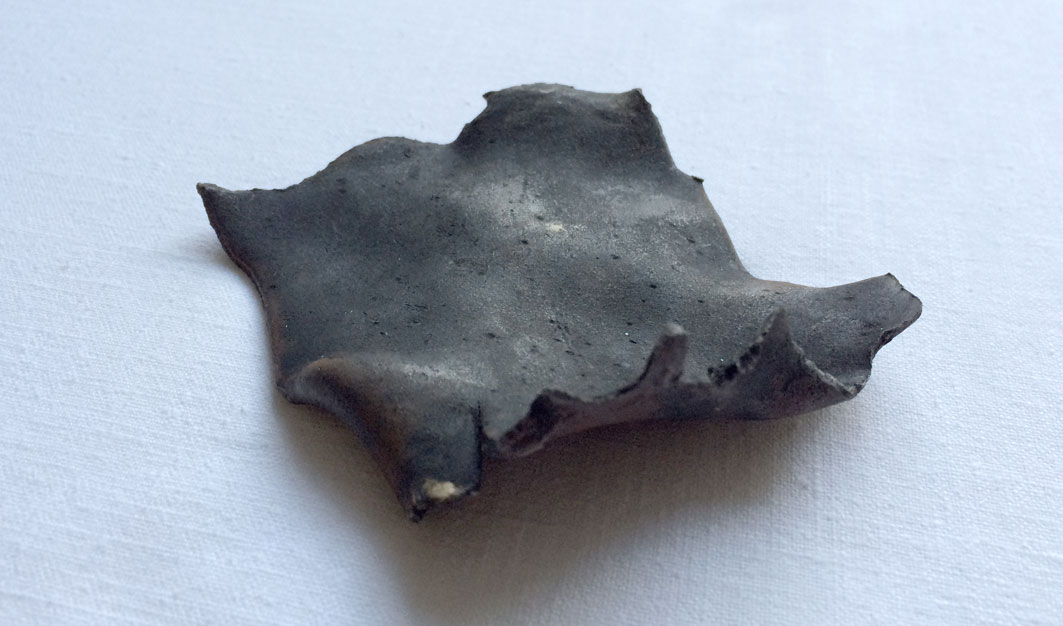 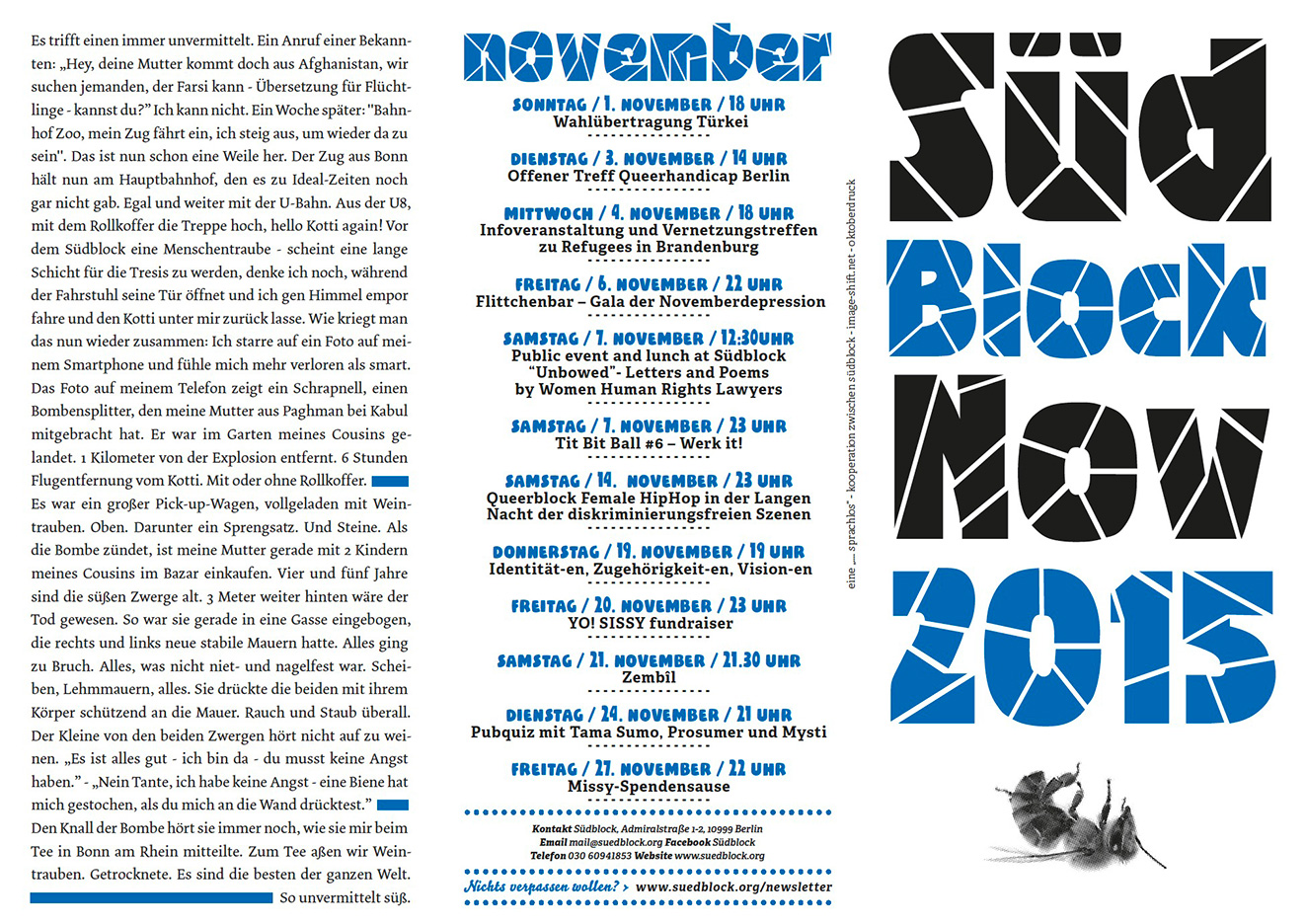 what: photo, text, layout
where: kabul, afghanistan / berlin, germany
when: 2016

it always hits you abruptly. a call from a friend: „hey, your mother is from afghanistan – right?, we’re looking for someone who can do farsi – translation for refugees – can you?“ i can not. a week later: „bahnhof zoo, my train is coming in, i’m getting out to be back“. it´s been a while now. the train from bonn stops at berlin central station, which did not even exist at ideal times. whatever – moving on with the subway. from the u8,  up the stairs, hello kotti again! in front of the houses, at cafe südblock, a crowd of people – seems to be a long shift for the employees, i still think, while the elevator opens its door and i drive up to heaven and leave the kotti ground behind me. upstairs i stare at a picture on my smartphone and feel more lost than smart. the photo on my phone shows a shrapnel, a shrapnel fragment my mother brought from kabul. it had landed in my cousin’s garden. 1 km from the explosion. 6 hours flight from kotti. with or without trolley. it was a big pickup truck loaded with grapes. below an explosive device. and stones. an metal. when the bomb went off, my mother was shopping with 2 of my cousin’s children in the bazaar. the sweet gnomes are four and five years old. 3 meters further, death would have reached them. luckily she had just turned into an alley which had stable walls on the right and on the left. everything broke in the bomb blast. everything that was not nailed down. slices, mud walls, everything. she pressed the two kids with her body protectively against the wall. smoke and dust everywhere. the little one of the two dwarves does not stop crying. „it’s all good – i’m here – you do not have to be scared.“ my mother said – „no aunt, i’m not scared – a bee stabbed me when you hit me against the wall.“ she still hears the bang of the bomb, as she told me during tea in bonn on the river rhein. for tea we ate grapes. dried. they are the best in the world. so sweet.