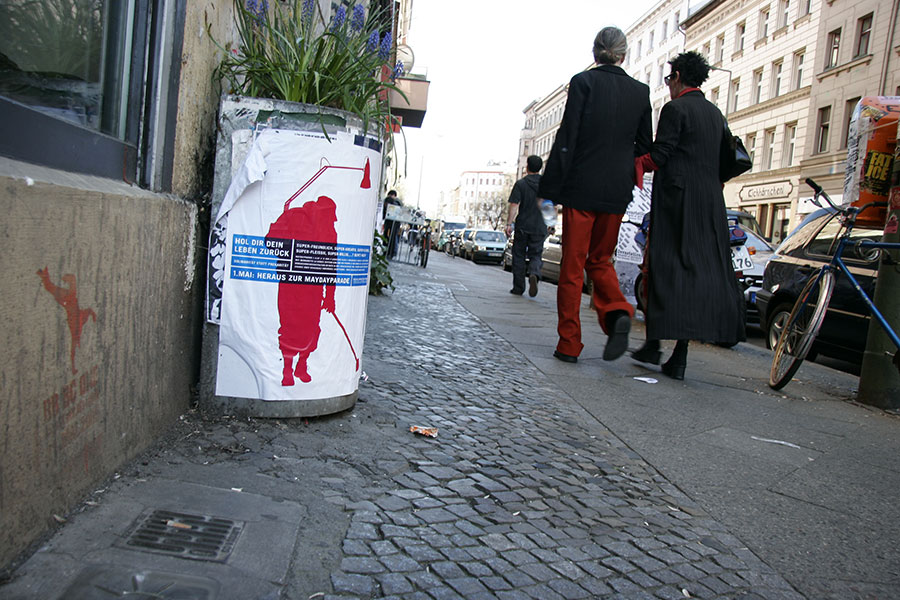 “what does international workers’ day mean for the self-employed — for the designer or any other highly flexible working person today? or someone unemployed? how does someone self-employed go on strike? how do you fight for better working conditions?” once a celebration of spring and a commemoration of attacks on workers, euromayday is a modern reinvention of the may day tradition. the first mayday parade was held in milan in 2001 and has since spread across europe. in 2006, it grew into euromayday, a day of protests and actions to fight “precarization” of workers and discrimination against migrants in europe and beyond. new forms of precarity are a result of shifts in the modern workplace from permanent employment to temp work, freelance, and other instruments of “flexible labor.” this has resulted in an existence for workers without predictability or security, affecting both material and psychological welfare. in 2007 mayday berlin, a coalition of about 20 activist groups, organized the 2nd euromayday demonstration in berlin (as well as various events) in coordination with other euromayday coalition in europe (paris, milan, hamburg, brussels, …) under the (bumpy) claim „take back your life!“ (…)

more on our mayday posters by john emerson